My very first blog is dedicated to my clients, past, present, and future.  You are the bravest people I have ever met.  You are the ones on the front lines of the battlefield of workers’ rights.  You are the ones who endure the sexual propositions, the threats, and the racial slurs.  And you are the very rare employees who complain—not just to your boss or to HR, but actually take the almost unprecedented step of seeking out an attorney and vowing to stop the abuse.

On behalf of myself, my daughter, and my son, I thank you.
Let me make one thing clear right off the bat.  Each and every one of my clients has been discriminated against.  While we can and never should be completely certain about anything in this life, I am 99.9% sure that a corporation has broken the law with respect to my clients’ employment or we would never have taken their cases to begin with.  Every single one of them deserves justice.
But I lost a pregnancy discrimination trial in August.  I haven’t lost a trial for a long time.  I had totally forgotten how much it hurt.  I felt personally rejected by the jurors and I began to re-live the whole week, trying to figure out what I could have or should have done differently.  But it was far worse for my client.  I had urged her to have confidence in those 12 men and women.  I had encouraged her to put her faith in them and to entrust them with all the pain her former employer had caused her.

Then they decided against her.  My client is confused.  She is heartbroken.  She feels betrayed all over again by the judicial system that was supposed to lead her out of the darkness where she’s been struggling into a place where justice reigns.
I am a Christian.  There’s nothing I pray so fervently as the part of the Lord’s Prayer that says:  Thy kingdom come, thy will be done on earth as it is in heaven.  I have been known to beg God to bring his kingdom here; to make our world a place where, as described in Amos 5:4, justice rolls down like waters and righteousness like an ever-flowing stream.
When I win a case, my most prevalent emotion is not euphoria at the justice sprinkling through the air like confetti; it’s simply a relief.  Because when my clients prevail, they have not really “won” anything.  They get nothing extra, nothing extraordinary.  They have just been made whole, as put back together as they can be.  Relief is the most appropriate emotion under these circumstances.  All we have done is to restore the status quo, so that the scales the lady of justice is holding are level and even once again.
But when my clients lose, the scales are permanently tilted against them.  Everything is out of whack.  They have to live the rest of their lives in a universe where the guilty celebrate and the blameless are left to suffer all the consequences of illegal acts.
I cannot presume to know what could possibly be of comfort to my client right now.  There is no doubt that the passing of time will make the hurt less intense.  But that means jack to someone for whom time has not yet passed.
Almost every single client I’ve ever had says she decided to come forward and file a lawsuit not just to benefit herself, but to try and keep this terrible thing from happening to someone else.  And everyone who steps up and fights for their civil rights does make a difference.  Even those who lose.  Maybe especially those who lose.  How many Rosa Parks were just thrown off the bus or thrown in jail before our Rosa Parks sparked a revolution?  Were they not just as brave and mighty?  How many suffragettes were beaten in jail and died never knowing that their younger sisters would proudly cast votes because they had forged the trail that would lead to the 19th Amendment?

I.F. Stone was a twentieth-century journalist who said:
“The only kinds of fights worth fighting are those you are going to lose, because somebody has to fight them and lose and lose and lose until someday, somebody who believes as you do wins.  In order for somebody to win an important, major fight 100 years hence, a lot of other people have got to be willing—for the sheer fun and joy of it—to go right ahead and fight, knowing you’re going to lose.”
So, my dear Alissa, we did not lose.  We were merely paving the path to justice for the ones who will come after us.  I'm so proud of you.

Posted by Unknown at 8:00 AM No comments: 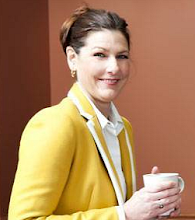